What Breed is My Dog?

“My dog has brown eyebrows, a mostly black with a white chest, big paws that are black and brown, droopy ears, he licks and he chews on everything. What breed is my dog?”
Every month, thousands of people turn to the Internet asking, “what breed is my dog?” looking to learn more about the dog they adopted, posting cryptic descriptions like the one above in the hope of learning more about their four-legged family member. Mutts account for more than half the dog population in America. And with 195 dog breeds recognized by the American Kennel Club, the amount of cross-breeding through generations has populated American homes with dogs of all colors, sizes, looks and adorable personalities.
If you have a unique, adorable adopted dog, here are 10 key questions to help figure out your dog’s breed make up:

Are there any small physical characteristics that are big clues to a dog’s breed?
The answer is a resounding “yes”.
•    A ridge running down the middle of a dog’s back with the hair running in the opposite direction to the rest of the coat is a clue that that there is Rhodesian Ridgeback in the dog’s genetic make-up. Many mutts have this feature in their coats.
•    A blue spotted tongue. This a common trait in the Chow Chow, a sturdily built dog with a double coat that originally hails from Northern China. However, there are several other breeds with spotted tongues too. Such breeds include the Airedale, Akita, Australian Cattle Dog, the Chinese Shar Pei, Dalmatians, Doberman Pinscher, English Setter, the Pomeranian, the Pug, Newfoundland, the Shiba Inu and the Tibetan Mastiff. Other body traits such as the tail and size of the dog will help narrow the field.

My dog has blue eyes. What breed is my dog?
Firstly, as puppies, many dog breeds have blue eyes. But just like human babies, they change color as the dog gets older. So, it’s not much of a clue in a really young dog. However, there are dog breeds with famously blue eyes such as the Siberian Husky and the Australian Shepherd.

Does the shape and the size of my dog’s paws help determine their breed?
A young puppy with rounded big feet is destined to grow into a larger adult dog. And dogs, both puppies and adult dogs with webbed feet are linked to breeds such as the Newfoundland who loves water. Other breeds that have webbed feet include the very popular Labrador Retriever as well as Poodles, the Portuguese Water Dog, American Water Spaniel, the German Wire-Haired Pointer, the German Short-Haired Pointer and the Dachshund. Breeds that originated in colder climates such as St. Bernard and the Newfoundland have really large paws with big paw pads to help them negotiate snow and ice with ease.

My dog has very short legs and a longish body. He stands with his front paws pointing outwards like a ballet dancer. Will his legs grow taller?
The answer is no. There are several well-known dog breeds with short legs and long bodies. Bassett Hounds, Dachshunds and Corgis are affectionally called low-riders because of their short legs. Many of them stand in what is the balletic term “second position”, with toes pointing outwards. The veterinary term for this body type is Chondrodysplasia.

How can I tell if my dog has his real tail?
Dogs with “cork screw” tails have a tail that is definitive of one many breeds such as the Pug, the Bulldog and the Basenji, the Finnish Spitz, Shiba Inu, Norwegian Buhund, the Samoyed, Pomeranian and the Akita. But the length of a tail and the shape is not always a marker of a particular breed because a dog’s tail could have been docked.

Is a dog’s size an indicator of his energy levels and his love for the outdoors?
No, it has nothing to do with size. A small dog such as a Yorkshire terrier or a Miniature Pinscher can be a bundle of high energy and require lots of walks and games to expend this energy. Working dog breeds such as various sheepdogs that are used to herding sheep are high energy dogs and likely to want to herd family members too! Sometimes, in addition to herding instincts, these breeds may possess a high prey drive and can go after small animals. These are clues that your dog could be a member of the working breed group.

How do I know if my dog is just a cross-bred mutt or a cross-bred designer dog?
In the past decade or so, there has been a deliberate attempt by breeders to cross breed two well-known breeds such as a Labrador Retriever and a Poodle to great a new hybrid, the Goldendoodle. Such especially cross-bred dogs can land up in a shelter for adoption too. Shelter works have a working knowledge of dogs and will be able to ascertain whether a dog you have fallen in love with is a specially blended hybrid of two breeds or just a loveable goofy mutt of indistinct parentage. Other well known “designer dogs” are the Labradoodle (Labrador Retriever + Poodle) Puggle (Pug + Beagle) Cockapoo (Cocker Spaniel + Poodle) and Schnoodle (Poodle + Schnauzer).

I often sneeze around strange dogs, but I am absolutely fine with my own dog and he doesn’t seem to shed. What is his breed?
There are certain dog breeds that are said to be hypoallergenic, which means they don’t shed and give off the dander that causes a stuffy nose and runny eyes in humans. Poodles, Yorkshire Terriers, Shih Tzu, Maltese Poodles, the Portuguese Water Dog and the Lhasa Apso and the Wheaten Terrier are some of the breeds in different sizes that could be considered hypoallergenic.  There is no 100% hypoallergenic breed. But researching hypoallergenic dogs will give clues to a dog’s breed.

There’s an APP for that!
There are a variety of APPs like Fetch! and Dog Scanner that allow you to take a photograph of your dog and short-circuit your research as the app scans its database to offer breed suggestions that could reflect your own unique pooch. Also, when you take a newly adopted dog to the vet for an initial checkup, the vet may be able to ad insight into your pooch’s genetic makeup.

The Doggie DNA Test – The Definitive Answer
A dog DNA test completely takes the guesswork out of the equation and will reliably detail your dog’s genetic make-up. It’s a simple swab test that is done at home and sent in for analysis. The more you know about a dog’s inherited breed traits, the easier it is to understand everyday behaviors in the home and toward people and other pets in the household. It also allows you to then research the designated breeds to learn more about general health and medical issues in that breed. We go into more detail about dog DNA tests, here.

Getting to know more about your dog’s breed background can promote a better understanding between you and your pup and can further strengthen the irreplaceable human-animal bond you share.

No matter what your dog's breed mix, all dogs can benefit from a healthy, natural dog food like Wellness Pet Food. We offer premium wet and dry dog food recipes for small to large breed dogs that suit a variety of nutritional needs. 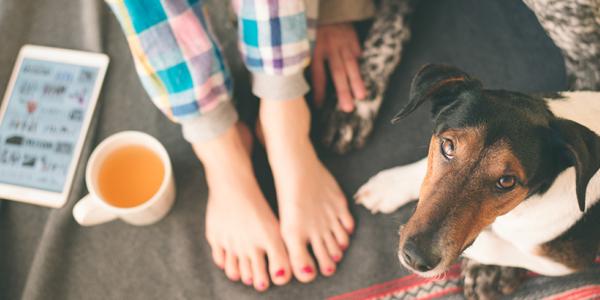 How to Foster a Pet 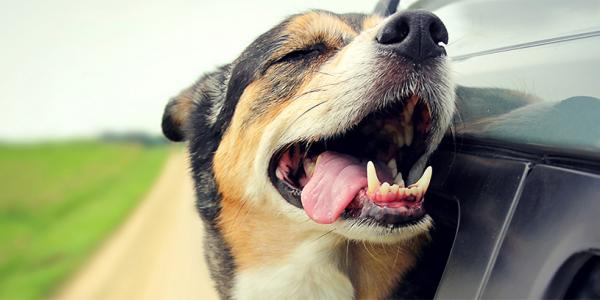 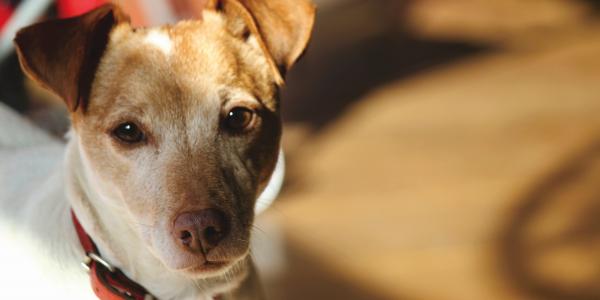 Adopt a Shelter Pet Day: How to Get Involved